Alix Hester Marie Kilroy (known as Bay by her family) was born in Nottingham in February 1903. Her mother (though not her conservative father) was rebellious by the standards of the time. If her children were 'too good' she established a 'mobbing day' when they could be as naughty as they liked. Alix was educated at Malvern Girls College and she then studied PPE (philosophy, politics and economics) at Somerville College, Oxford from 1922 to 1925, where she befriended Evelyn Sharp - see below. She wanted to become a barrister but needed to support herself financially until she qualified. In 1925, therefore, she took the entry exam for the Administrative Class of the Home Civil Service which was opened to women for the first time that year. She was one of only three women that were admitted that year. The others were (later Dame) Enid Russell-Smith and (later Dame) Mary Smeiton who became Head of the Ministry of Labour. 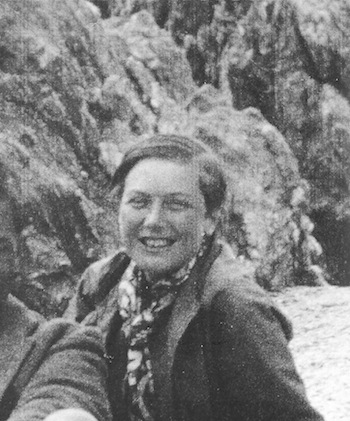 Miss Kilroy joined the Board of Trade, then in Great George Street, as a visit to a spinning mill (where her uncle was a director) had fired her with an interest in manufacturing processes, and - of her higher preferences - the Foreign Office was not yet open to women, and men who had higher scores in the entry exam had chosen the available places in the Colonial and Home Offices. Her starting pay was £240pa for a six day week (in practice five and a half days) with six weeks holiday, rising to eight weeks after ten years. Her only initial instruction was that the lifts may only be used if going up two floors or more, or down three floors or more. She was to share an office with the secretary to the head of her department. "Thus, delicately, did the Board of Trade provide chaperonage for their first woman assistant principal .. I learned later that the news of my appointment has been received with horror by the Board of Trade .. for it forced them to become leaders in the experiment of of employing women in potions of responsibility in which the State was then so very much a pioneer. There could not have been a single woman in the Board of Trade above the rank of clerk or secretary-typist at the time I joined."

One of Miss Kilroy's early jobs arose out of the City's reluctance to insure the Queen Mary, the first projected super-liner. Remembering, no doubt, the fate of the Titanic, they were not prepared to insure it without government reinsurance, thus breaking new ground in government involvement in the City. This Low cartoon poked gentle fun at this decision, together with another decision, taken around the same time, to offer subsidies to agriculture. 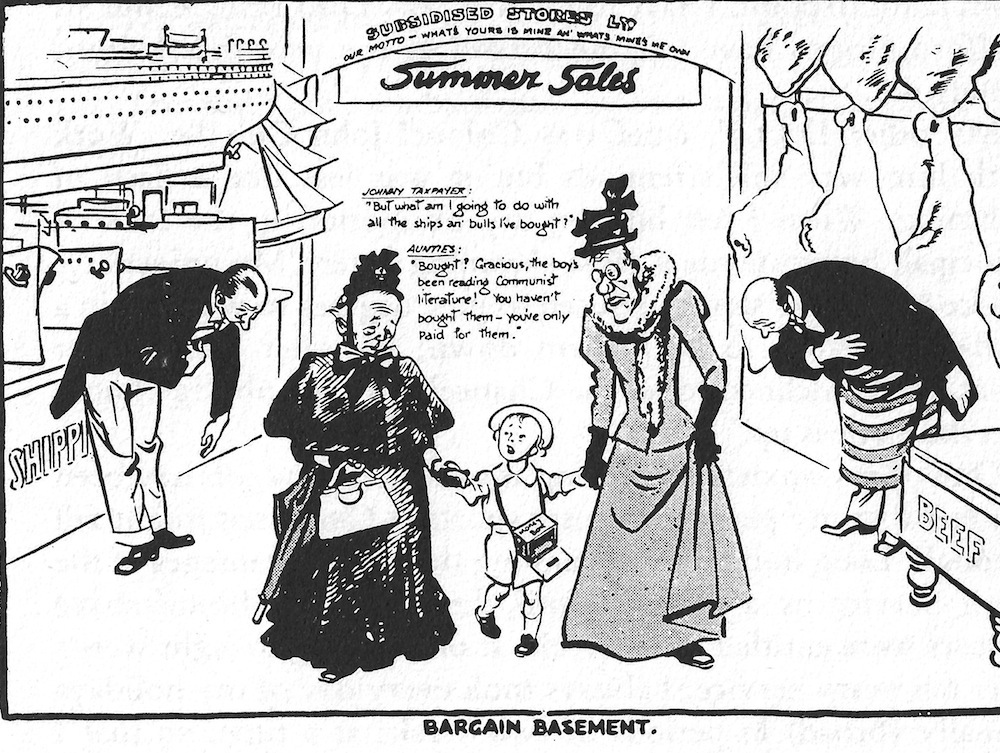 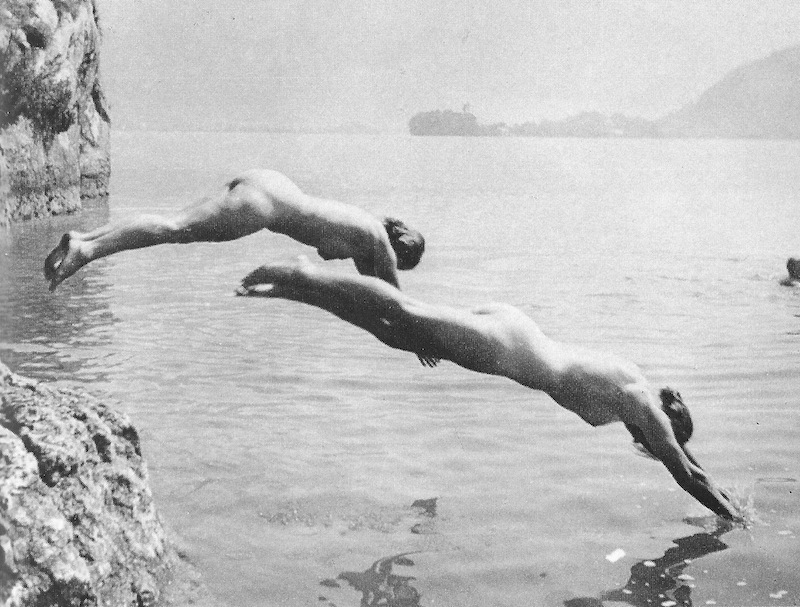 She began the first of a number of love affairs around this time, beginning with Garrow Tomlin. Some months later, the first time they spent a weekend together, ".. [my younger sister] Mona came too and it was Mona and I who shared a room. 'The Bear' at Hungerford would not have accepted Garrow and me staying alone unless I had worn a wedding ring, and I hadn't yet discovered that these could be bought at Woolworth's .. I was too inexperienced to make my way to Garrow's room so he joined us in our double bed, while Mona made a great show of sleeping." In 1933 she began a 40 year love affair with already married Francis Meynell, spending frequent holidays by Lac d'Annecy, often with Evelyn Sharp and others. The photo, left, of Alix and Evelyn at Lac d'Annecy, appears in Alix's autobiography (see further below).

Francis Meynell had very strong left-wing views, and had been imprisoned as a conscientious objector during World War I. He was now a printer and had founded the Nonesuch Press, before joining the civil service and working with Alix on utility design during World War II. Both he and Alix slept with others from time to time and Francis was reluctant to press his wife for a divorce. Alix Kilroy in parallel (and slowly and reluctantly) resolved not to have any children recognising, as she recorded later, that 'my own enthusiasm for motherhood must have been reduced by the probable effect on my job which was increasing in interest and importance .. marriage with children and my fascinating job too was to be one cake I couldn't have and eat'. Alix and Francis eventually began to live together in 1940 when Francis' wife left wartime London, with their son, for the comparative safety of the countryside. Their home was 19 Cliveden Place, SW1, and they survived three near-misses during the Blitz. Alix records that she was terrified throughout this period.

Francis' wife eventually divorced him in 1946 whereupon Alix could become Dame Alix Meynell - outside her office at least - as her husband had been knighted earlier that year. (She would nowadays be known as Lady Meynell - without the Alix.) The aggregation of their income for tax purposes cost them £600 pa - a tidy sum in those days. Oddly, Alix appears to have felt little emotion when her husband's ex-wife committed suicide the following summer. She also records that Francis became a little more possessive after the marriage, whilst continuing to have occasional affairs.

Alix's first task, when promoted into the Senior Civil Service during the war, was to draw up a preliminary list of food imports to be prohibited, so as to benefit the balance of trade. Her boss advised her to start her list with all the things she most enjoyed eating.

Alix was for some time, during the war, Chair of the First Division Association, the oddly named and rather meek senior officials trade union. In the office, she worked closely with Cabinet Minister Hugh Dalton. 'I was not alone in finding him little pleasure to work for. He appeared to have a distrust of all civil servants and clearly to enjoy 'putting them down' in front of their juniors or the businessmen who occupied advisory positions within the department. The civil servant could not answer back unless he could confront the President [of the Board of Trade] in private [which Alix eventually did]. "You have, of course, every right to disagree with me, and what you say goes. But you can't treat the head of a department like this and expect to have a happy and efficient staff."' The bullying then stopped. (Dalton's biographer, Ben Pimlott, characterised Dalton as peevish, irascible, given to poor judgment, and lacking administrative talent!)

After the war, Alix was involved in several fast moving policy areas, including price controls, clothes rationing, and the introduction of embryo competition policy in the form of the legislation which created the Monopolies Commission, the forerunner of today's Competition and Markets Authority (CMA). She was awarded the DBE in January 1949, so becoming Dame Alix Meynell in her own name, rather than via her husband. She was appointed the first Secretary of the Monopolies Commission the same month - because she had set it up - and she was then responsible, with its Chairman, for introducing the strong apolitical investigation processes which have survived without too much change until today.

But her secondment out of the department did not help her civil service career. A new Permanent Secretary and Deputy had been appointed whilst she was away, and - in the way of these things - they had very occasionally heard second hand criticism of her performance since the war, without getting first hand experience of her many strengths. It hadn't helped that she had been in the public eye, and inevitably the subject of unfair reporting, particularly in the Daily Express, whilst in charge of clothes rationing and whilst researching the American approach to competition policy. She was therefore offered the post of Controller of Companies on her return to the department in 1952 - 'known as a dead-end job'. She refused it, but the writing was on the wall and, although she then became responsible for 'Distribution of Industry Policy' (now Regional Policy), she was dismayed when the next promotion opportunity was taken by a man who had worked for her in the past and was very much her junior in both age and seniority. There was also the fact that her husband was 10 years older than her, so it made sense for her to retire in 1955 at the age of 52.

She was far too young to become inactive, of course, and held a number of appointments in industry as well as becoming politically active, weeping when she heard of what she felt was UK aggression in Suez, joining the Campaign for Nuclear Disarmament, and becoming a founder member of the Social Democratic Party - now the Lib-Dems. Francis Meynell died in 1975.